How important are Roadways for a developing economy?

This is best explained in this extract from the WORLD BANK blog “Roads are the arteries through which an economy pulses. By linking producers to markets, workers to jobs, students to school, and the sick to hospitals, roads are vital to any development agenda. Since 2002, the World Bank has constructed or rehabilitated more than 260,000 km of roads. It lends more for roads than for education, health, and social services combined.”

Refex Industries Limited, whose sister concern is in the business of SOLAR EPC construction, got initiated into construction of Road, as a necessity to create access to our remote & rural project sites. These roads enabled speedier access to and from our sites.

As a company, we realized, how important such roads were to bringing about far-reaching effects towards economic development, especially in a country like ours, where the vast majority of the population lives in rural environs.

Ministry of Road Transport and Highways, part of the Government of India have been consistently, over the years, awarding tenders to expand the footprint of road networks – to enable speedier access to the country’s populace from their place of residence. The contracts awarded for FY2017-18 stands at 20,000 km and the target for FY 2018-19 is to award projects for 25,000 km.

With a reputation of executing extensive scale contracts, we intend to grab each chance to change street and thruway arranges over the country. 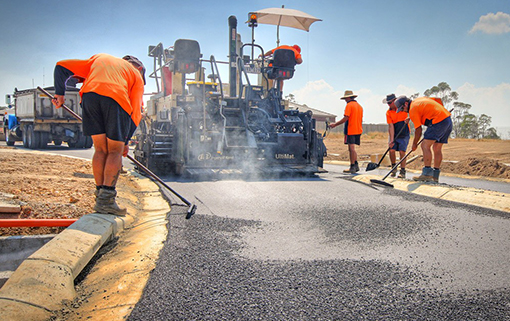 Please drop in your details and we will get in touch with you shortly.